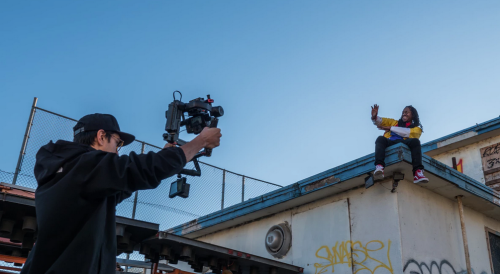 Why this issue now?

Cinema as a medium was born to capture aspects of reality. Such was the initial purpose of the Lumière brothers at the end of the XIX century. Approximately thirty years later, Robert J. Flaherty portrayed realities far away from western societies, being the premier of his second feature film, Moana (1926), which inspired John Grierson to use the term ‘documentary’ for the first time in a cinematic context. Indeed, Grierson and his school were pioneers in using documentary film with social purposes, giving a voice to the victims of social injustices (Winston 1988). Nowadays, documentary film continues to pursue its social role: the reporting of social issues like human rights violations, mass violence, immigration and refugee seeking, domestic and gender violence, gender discrimination, workers´ rights, education rights, poverty, or housing is still the main aim of engaged documentary filmmakers.

However, something has changed in the first two decades of the current century: thanks to the potentialities of emerging digital technologies, the documentary film genre is currently experimenting, testing and developing new forms in order to further pursue its original aim of documenting reality and presenting it to society. New forms of representation, strategies of communication, participation, mobilization, and methodologies for the evaluation of its social impact have emerged over this period. Nowadays we should read the documentary film form in relation to its synergies with (i) digital media, such as social media and big data; and (ii) complementary forms of representation like animation (Formenti 2014; Roe 2013; Skoller 2011; Strøm 2015; Ward 2011), immersive experiences in Virtual Reality (de la Peña et al 2010; de la Peña 2017; Hardee 2016; McRoberts 2018; Nash 2018; Rose 2018; Shin and Biocca 2018) and interactive platforms (Aston and Gaudenzi 2012; Aston, Gaudenzi and Rose 2017; Miller and Allor 2016; Nash 2012, 2014; Smaill 2018; Aston and Odorico 2018).

This special issue is about how digital technology and alternative forms of representation can help documentary films, as socio-cultural products, to carry out their role of reporting human rights violations and social injustices, fostering a more “just society” (John Stuart Mill).

Therefore, the issue seeks to explore how the construction of meanings and their reception is modified by the new opportunities for documentary film, in the shape of alternative forms of representation and technological changes. Topics of interest include, but are not limited to:

– Animated documentary: the representation of the real through animation.

– Immersive documentaries and VR filmmaking: the reconstruction of reality through virtual and augmented interactive environments and how people experience them.

– Methodologies of evaluation of the social impact of documentary films through social media analytics (quantitative and qualitative methodologies).

– Using big data for monitoring reality and how these new contents/evidences can be included in interactive platforms. Strategies of data visualization.

Research articles should be 6,000 words in length (including notes and references), while Viewpoint articles should not exceed 3,000 words. The editors will carry out a preliminary selection of abstracts.

Abstract (maximum 500 words), title and selected bibliography, along with a 150-200 word author’s short bio (including your affiliation and contact information) should be sent to Fernando Canet (fercacen@upv.es)

Full articles, based on the selected abstracts, should be submitted on the Catalan Journal of Communication & Cultural Studies web platform by 15 January 2020, following the Notes for Contributors.

All selected contributions will be subjected to double blind peer review, except for the Viewpoint articles, which will be evaluated by the Editors.

We welcome miscellaneous contributions at any time from scholars, researchers and professionals from around the world who wish to publish their works in a journal with a truly international scope and readership. Each year on October 1st the deadline for submissions for the next miscellaneous issue closes.

CJCS accepts original contributions under the following headings and conforming to these guidelines:

Articles
Articles should be between 6,000-8,000 words (including references). They must be based on original research or offer well grounded theoretical contributions, they must be written in a clear and concise style in English and they must not be under consideration by any other publication. In the first instance the author(s) must sent one anonymous copy of the article containing an abstract (max. 150 words) and keywords (max. 6) and attach a separate sheet with the title of the article, name of the author(s), institutional affiliation, abstract, keywords, references of the article, biographical note and institutional address and e-mail. Authors must avoid any information within the article which make it possible to infer their identity (acknowledgements must be avoided at this stage and references to their own work must be done in the third person). All articles are submitted to a blind peer reviewing process. Manuscripts will be evaluated on the basis of their originality, the soundness of their theory and methodology, the coherence of their analysis and their ability to communicate to readers (including non-specialist readers).

All submissions and proposals must be uploaded on the platform: https://callisto.newgen.co/intellect/index.php/CJCS/.

Please read the Notes for contributors suggested by CJCS before submitting.

Viewpoint
This section will include research notes, short commentaries, reflections on current affairs, cultural and media events, short interviews, etc. Experts, leading scholars, experienced professionals and senior researchers are invited to submit their proposals, which will be selected also in accordance with academic criteria and depending on the availability of space. Contributions for this section should not exceed 3000 words in length and are submitted to review by the Editors.

Gateway
The Editors of CJCS will select an article from those previously published by Catalan academic journals for publication in this section. Gateway will give international coverage to the best articles written and published originally in Catalan. The Editors will select the work using the abovementioned criteria and the authors must seek permission for translation and publication in CJCS. We encourage researchers to suggest articles for this section along with an argument for their suitability.

Reviews
CJCS also publishes short book reviews, in English and commissioned by the Editors, about leading editorial projects in Catalan/Spanish or English in keeping with the aims and scope of the journal.